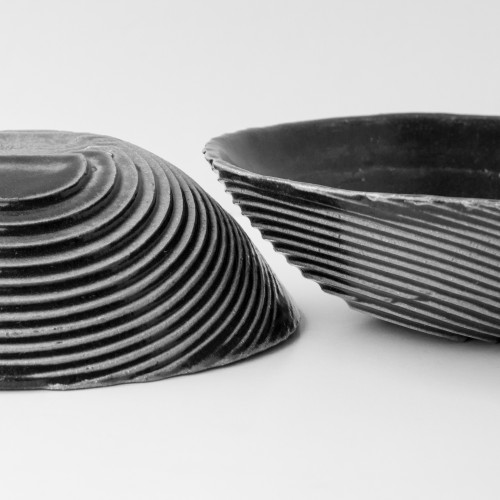 Designing 21st Century Standard Ware: The Cultural Heritage of Leach and the Creative and Economic Benefits of Digital Technologies

The Leach Pottery, established in 1920, is a stronghold of the UK Studio Pottery movement and synonymous with Bernard Leach’s unique and progressive assimilation of Eastern and Western pottery aesthetics and methods. This assimilation was expressed through his practice and writings, and further propagated through Leach Standard Ware: the Pottery’s domestic tableware that was produced over the period of about 40 years until 1979. In 2008, the Leach Pottery reopened as a museum and educational resource, and resumed the production of domestic pots in a new studio.

This presentation explores opportunities presented by digital tools in the context of the Leach Pottery. Leach’s writing reveals a positive attitude to the relationship between technology and making: ‘The next step is to get rid of the idea of the machine as an enemy. The machine is an extension of the tool; the tool of the hand; the hand of the brain; and it is only the unfaithful use of machinery which we can attack’ (Leach 1928). The idea of using digital tools in a Leach Pottery context has been a difficult prospect for some potters, whose perception of ‘digital’ was associated with a lack of humanity, authenticity, and creativity. The project has challenged these perceptions and raises questions on a philosophical level with regard to setting new standards for contemporary studio pottery production facilitated by digital tools.

The foundations of the research lie in the defining of Standard Ware and its associated pots and cultural heritage. This deconstruction of the essence of domestic Leach provided a beginning for, and comparison with digitally produced tableware created by the researcher. Digital technologies were used to re-connect with past practices of tool making and tool use in the production environment, and to offer new perspectives on examining and recording Leach tableware. The practice culminated in the design of new Standard Ware, facilitated by digital tools which also supported the involvement of other potters in its making and interpretation. This involvement of external practitioners hinted at the potential for a more collaborative model of tableware development.

Harrod, T., 2007. Otherwise Unobtainable: The Applied Arts and the Politics and Poetics of Digital Technology. In Neo Craft: Modernity And The Crafts. The Press of the Nova Scotia College of Art and Design.

A question that arises from your project: Do digital tools, when explored and applied through creative practice, have a purpose beyond object making?