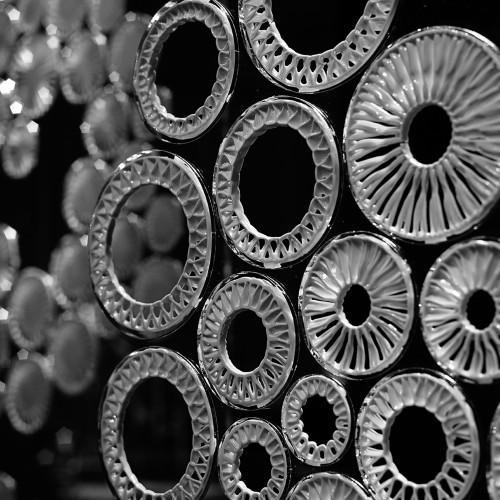 Interfacing design and making of Ceramics,  Expansion of ceramics practice through technology

This research investigates the relationship between crafting materiality and digital representation, and how experiential knowledge of crafts rooted in ceramics can be transformed and utilised in the use of digital technologies.

Digital technology as 3D printing with ceramic allows a bridge from the digital design environment to fabrication. At the same time novel digital means can create new interfaces between the human, space and the material. Here advances in 3d motion capture technology and sensors allow capturing spatial hand gestures and body movement in real-time.

Where technology often seems to take us away from material this approach enables the designer’s body to be once again involved in the making. This approach builds on McCullough’s (1998) idea about a close connection between digital work and a craft practice where tacit knowledge is involved (Dormer 1994).

In this project a design experiment is used as a method of inquiry within reflective practice involving reflection on and through action (Schön 1993). The experiment in question investigates the idea of an interactive digital design tool for designing wall like composition with 3d ceramics and is working on two levels. One which has to do with a digital interactive system that responds to the movement of the hands: at a certain distance the user’s hands appear on a monitor screen as a pattern of circles, the size and 3d inner pattern of which are reflecting the position and speed of the hands. The second level has to do with realizing the modules in ceramics by 3d printing directly in porcelain with a RapMan printer that coils up the 3d shape in layers.

A question that arises from your project: How can traditional craft knowledge based on skills and experience in making three dimensional objects be utilized through digital technologies, – and thus make a close link between the designers creative process and the digital manufacturing based on the idea about crafting and execution as a unity that is intuitive and humanistic?