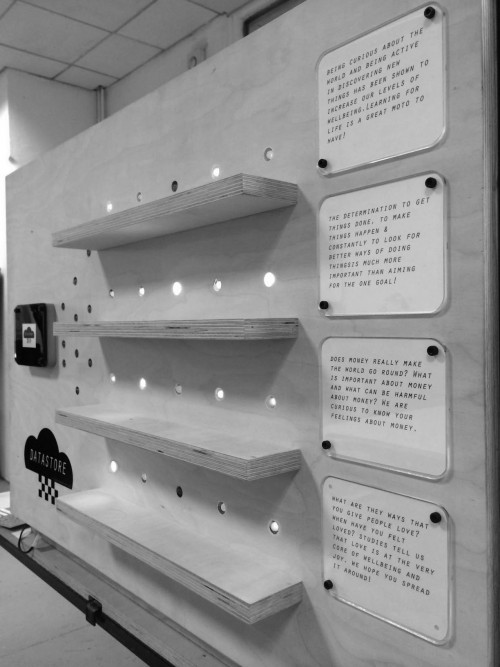 Software into hardware; a personal journey with reflections on a general commercial and cultural shift.

Fiddian’s presentation will focus on his personal journey through SoDA and the Makers’ Guild, providing examples of the work and activities produced along the way. He will take a broader look at various creative, cultural and commercial aspects of the often over-hyped, nascent hardware startup community. In particular he will explore the issues faced by people from a software background attracted by the glittering possibilities offered by the use of digital fabrication, CAD/CAM and IoT technologies in the manufacture of a new domain of products. He will look at new forms of these businesses and the ecosystems surrounding them, for example business focused Makerspaces such as Makerversity, accelerators such as HAXLR8R and specialist crowd funding platforms such as Crowdrooster. Fiddian will also examine the potential dangers of hardware startups underestimating the complexity of the production of digitally mediated devices in comparison to shipping software. Through this he will argue that the complexity of scaling from small-scale prototyping and making to the production of products at high volumes is often vastly underestimated.

Formerly a sculptor and furniture maker, Fiddian became interested in the creative possibilities of computing and mechatronics in the early 90s and completed a digital arts MA in 1996. He is passionate about the relevance of a hybrid approach to creativity and technology that synthesises digital and physical making in cultural, educational and social contexts. He co-founded SoDA (www.soda.co.uk) to create an umbrella for hybrid creative digital practices and eighteen years later, the synthesis of digital and physical still informs their projects which encompass interactive installations, objects and online experiences for a broad range of international clients including: Tate, Science Museum, Pearson Education and Boeing. SoDA is now stepping up its product development focusing on new manifestations of the BAFTA-winning SoDAplay online simulation suite and the media montage system MASH.
Fiddian launched Makers’ Guild in 2011 which has since run a series of monthly events on making hosted at the Crafts Council, V&A and the Centre for Creative Collaboration. Through their connection with Makerversity, SoDA have developed their work in the realm of the Internet of Things (IoT), and with the ‘Hardware Startup’ community.

One question that arises from your project:

As this new wave of hardware startups begin to get their products beyond Venture Capital or crowd funding and into production at scale, will we begin to see the realities of the complexity of such businesses create problems?