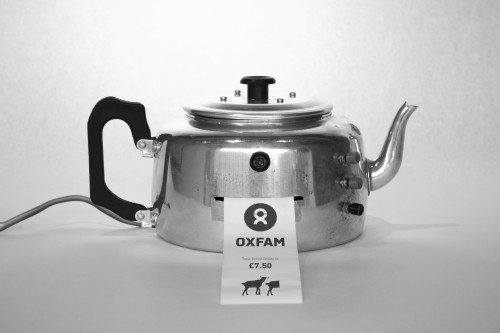 Whilst craft objects have traditionally had rich personal histories compared to mass manufactured objects it may be the case that in the near future these characteristics may be reversed and the craft object will be left ‘off the grid’ and out of the network. In this talk I explore the role of artefacts within data-value-constellations. My term ‘data-value-constellations’ describes how, rather than existing in linear value-chains of production and consumption, artefacts are now networks. Here I build upon Normann and Ramirez’s (1994) phrase ‘value constellations’, which describes the new economic patterns that emerged at the end of the 20th century as globalisation and new technologies suggested new ways to create value. Recognising the role of co-creation of value within networks, Normann and Ramierz highlight that “successful companies conceive of strategy as systematic social innovation: the continuous design and redesign of complex business systems”. Within these systems, value-chains that mapped the linear passage of products are being superseded by complex social and environmental connections as the passage of data becomes as important as the passage of the physical object.
During projects emerging from the UK Research Councils theme ‘New Economic Models for the Digital Economy (NEMODE)’ designers work within data-value-constellations that cover audiences’ engagements with artefacts before, during, and after designs come to fruition. Through the talk I unpack the type of artefacts that have emerged from a series of research projects that have explored data-value-constellations and in particular how value is created at each point within networks. Due to the increasing accumulation of data attached to services and products it is possible to start examining how concepts of value change as participants engage with different types of systems. The talk will explore, firstly, how markets are constructed as individuals reconcile tensions across contexts to develop ‘service ecosystems’ (Chandler & Vargo 2011), and secondly, the ways in which we as designers are beginning to play a part in shaping the incentives that contribute to these systems.
Writing on value and worth, Ng describes how new economic opportunities will increasingly capitalise upon social contexts that are becoming visible through the advent of ubiquitous computing (Ng 2012). Described as ‘contextual archetypes’ Ng suggests that, within the Internet of Things, objects change their role from being symbolic and functional to becoming agents within markets. This radical shift from vertical lines of consumption to horizontal, means that objects within an IoT are elevated to a role of actors within our networks of distribution and sharing.
Referencing artefacts ranging from a haggling kettle to a toilet roll holder that shares your habits on the lavatory, I will explore how my colleagues and I have been developing projects that situate objects within social data-value-constellations and begin to adopt new roles. Roles that recast objects as practices.